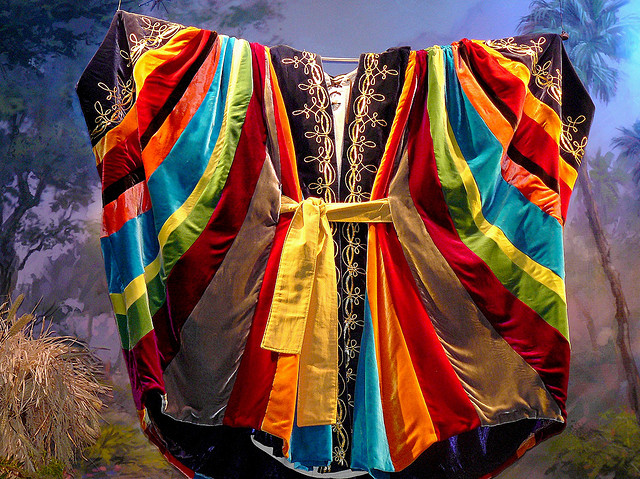 Well when we talk about Joseph we begin to talk about a man of Divine Faith, and man of humility.

His character was priceless, he had integrity, humility, and was humbled.

He had forgiveness in his heart and love for his ten brothers.

He knew he had a greater purpose in his life, that is the same purpose that God has for you life as well.

He knew his destiny, and he was excited about his position in God.

Because he knew the greater call on his life.

He knew his dream had manifested itself and he was not going to give up and let it go.

He was not going to let his pass pain, hurt, anger, wrath, un-forgiveness, stop him from getting the Overflow and Prosperity that God have for his life.

He went from the pit -to- the Palace, and he did not lose himself, he did not give up on the Promise of God. His pit experience was set up by God, it had to go down like that so he can run the Palace.

That is how God is doing right now for a lot of us. He have given us dreams, and visions, and goals. There has been may dream killers, spiritual assassins, in our lives. Who were just like Joseph brothers, but it is only a setup.

Your setback is only a setup for your comeback.  Everything that your haters, enemies, frienemies, family, friends, and associates, thought they did to eliminate you. It did not work, because God has chosen you for the Oil. This is your, day, week, month, year, decade. That God will manifest all his Prophecies that he have for your life.

Walk it out and do not look back move forward and don't be stopped.

You are a King and Queen with Riches sitting in heavenly places.

You are Bless by the best forget the rest. Your haters make you greater, and they are your biggest motivator. The Best is not on yet to come but it is here right now.

The Lord is shaken the heaven and earth on your behalf. He will rotate the atmosphere, hemisphere, stratosphere. and the four corner of the earth(Hagg 2-vs-7-9)....

Joseph anointing and Favor is yours now, Walk in your Royal Palace Mentality....

Get ready for Thy Kingdom come, Thy will be done on earth Favor in your life....

You need to be a member of I AM A RUBY NETWORK #IAmARuby to add comments!

Join I AM A RUBY NETWORK #IAmARuby