Speak what you see by Prophet Hakeem

The Decade of the Mouth

Recently while I was in prayer, God gave me a prophetic vision. I saw people covering their mouths, standing outside a huge opening in a mountain. As I looked closer, God opened my eyes to comprehend exactly what I was seeing—it was the "mouth" of a cave!

God spoke to me that there are prophetic voices and new voices in the 7 spheres of dominion that are coming out of the mouth of the cave, spiritually speaking. They will not be voices of fear, doubt, unbelief and error, but voices of purpose, destiny, righteousness, purity, glory, hope, love, faith, boldness and power in the Holy Spirit.

They will not be silenced or controlled by the system of Jezebel or of this world. God will do a new thing in them and through them. They will come out of the mouth of the cave to be a specialized mouthpiece for God in their generation. 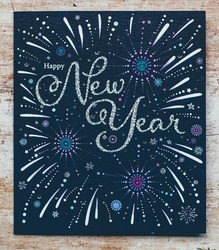 I believe this vision the Lord gave me is connected to the Hebrew New Year 5780 we have just entered into.

Before Rosh Hashanah, the Lord gave me a prophetic word that we were coming into a time of fulfillment of what has been spoken out of the mouth of God and His prophets. In other words, the prophetic words spoken, decreed and declared over your life, along with the visions, dreams and burdens of God, will now come forth out of obscurity and into divine visibility.

God spoke to me that we have crossed the threshold of the "Decade of the Mouth." The people in the vision were standing at the mouth of the cave. These were existing, powerful, new voices emerging on the scene, who at one point were silenced, muzzled and censored by the enemy.

God said that 5780 (2020) is the decade of speaking what you are seeing! You will speak what you see and see what you speak! In other words, God says that what you speak you will seize. The last decade was "ayin" (to see), and now we have entered into the decade of "pey" (the mouth). This coming year (2020 in the Gregorian calendar) coincides with the Hebrew year 5780 and the new decade of "pey" that has just begun.

We must understand that 2019/5779 was a part of the last decade of "ayin," ten years of the "seeing eye," where God was opening up our spiritual eye gates to see, perceive, discern, look again and gaze into what He was saying.

This new decade is an invitation to "speak" what the Lord has been showing you in private in the previous decade. "Pey" is the Hebrew letter which carries the numerical value of 80, a picture, symbol and illustration of a person's mouth or a wide opening.

What Is in Your Mouth?

God gave me this Scripture in Psalm 81:10: "I am the LORD your God, who brought you up out of Egypt. Open wide your mouth and I will fill it."

Deliverance, breakthrough, healing, miracles and open heavens are in our mouths. We must be careful what we speak because words vocalized carry creative powers. God is asking, "What is in your mouth?"

I love what Matthew 15:17-18 says: "Do you not yet realize that whatever enters the mouth goes into the stomach and then is eliminated? But the things that come out of the mouth come from the heart, and these things defile a man."

Discerning when to speak and when to be silent will be a necessary component during the next decade if we are to experience prophetic fulfillment in our lives. "Ayin" (eyes) gives prophetic insight into what we've seen in the past, but "pey" (mouth) will give divine expression and manifestation of what we speak into being now and in the future. The wisdom of God will be imperative in this new season.

The Bible says that there is death and life in the power of your tongue (Proverbs 18:21). What are you presently seeing manifest through what you speak?

What we speak out of our mouths today, we will live in its reality tomorrow—negatively or positively. What we decree (decide) out of our mouths will become bonding and legal (Job 22:28). We must guard our mouths in this new season (Psalm 141:3).

Discerning the Times and Seasons 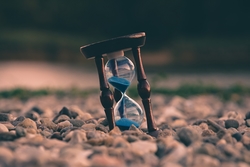 The 12 tribes of Israel, particularly the sons from the tribe of Issachar, understood the times and seasons that they were in. In their generation it was nothing new to them to gain a prophetic understanding and forecast of what God was doing and up to next. They not only understood what He was doing, but they moved on it by faith in obedience with wisdom, understanding and revelation.

As prophetic, New Covenant, Believers today, we must still discern the times and seasons we are in, like the sons of Issachar who knew what to do. "And of the children of Issachar, which were men that had understanding of the times, to know what Israel ought to do..." (1 Chronicles 12:32).

What you desire to see manifest in your life will be determined by the very words you speak. What you speak by faith in agreement, or by ignorance, can forfeit or delay the process.

The enemy wants to keep you hidden, forgotten and disregarded, but there is a remnant that will not be quiet! God is breaking the silence and ripping off the muzzles from their mouths.

As this is the decade of the opening or widening of the mouth, we all must watch over our words like never before to bless and not curse, to choose life and not death with what we speak. May we use the creative power of our words and the gift of prophecy to empower, encourage, enrich, edify and exhort others (1 Corinthians 14:3)!

God is basically saying that those coming out of the mouth of the cave are to be a "mouthpiece" for God to say and speak what He has been showing and revealing to them in the secret place. The wisdom of God will precede prophetic fulfillment.

Don't be silent! God is going to put supernatural speed upon the words you speak. However, be vigilant to not let the enemy use your words against you or others. You have the right to remain silent if the things you see and words you would speak do not come from the Lord. When I read this article I could see so many kingdom citizens in the spirit with muzzles on. They are afraid to speak what the Holy Spirit has given them to say because of religion. They are silenced because the enemy has tricked them into thinking that sugar coated, watered down gospel helps the itching ears and they will get more participation from the congregation than if they speak the truth.

It's time to remove the muzzles in the spirit and bark( speak, give, warn) that the God's assignments can be fulfilled. That we can speak what the Holy Spirit is telling us without hesitation and without distorting the truth. Time to remove the muzzle, time to stop allowing the enemy to control us but let the Spirit of God have its way. Time for the people to hear the bark of the Lord loud with power and might!!!!