Praying in 9 locations will change the world by Seer James Goll. This a must read

The Path of the Intercessor

Across the world, the Spirit of God has been stirring intercessors to begin praying like this. Some pray while walking their cities, street by street, following pre-arranged plans. Others prayer walk only occasionally, under a special anointing. They pray everything from general "blessing" prayers to finely tuned, detailed prayers that displace demonic spirits of darkness. They do not all pray expecting, necessarily, to see immediate, short-term results, because many have faith for the long haul that reaches into the future.

Intercessors prayer walk in their own neighborhoods as they walk past each house. They spread out to other neighborhoods and commercial districts, campuses, and schools. They target specific locations near and far. With the creative help of the Holy Spirit, they come up with a refreshing variety of techniques and strategies for praying on-site with insight.

Their prayers are directed by both inspiration and good, old-fashioned research. In other words, they obtain prayer insights by depending on the guidance of the Spirit as well as by rounding up as much historical and geographical information as possible. They are not trying to replace normal prayer meetings or personal times of devotional prayer. The difference is that their prayers are being prayed on the very sites and in the very places where they expect to see them answered.

On-site prayers are perfect for proclaiming God's promises over a region. As they survey the landscape, intercessors can saturate the atmosphere with worship, aligning themselves with God's desires. They may feel led to confess generational sins or geographical transgressions. Because their feet are situated directly on the place they are praying for, they can better identify with its needs. Intercessors who might otherwise be timid about speaking up in public feel free to participate without hesitation.

Praying in These 9 Locations Will Make a Difference! 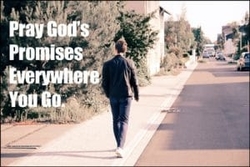 The examples above help exemplify the purpose and value of praying on-site in an informed way, but by no means do they cover all of the possible kinds of places where you can pray. Just think about it—you can prayer walk on-site just about anywhere you find yourself.

Here are nine powerful places where your prayers will make a difference:

1) Workplaces. Have you ever considered prayer walking through your place of employment? The feasibility of doing this depends upon the kind of place it is and may work best after hours. If you have any Christian co-workers, perhaps they would be interested in praying with you. You could call this "marketplace intercession." Marketplace intercession is on the rise as people catch the vision to influence every sphere of society for the sake of Jesus Christ.

2) Sites for consecrated use. As you feel led, you can pray for certain properties to be released into (or back into) God's purposes. This is essentially what Joshua did when he vanquished the city of Jericho in one of the greatest prayer walks of all time (see Joshua 6). Do you feel that God wants you to claim the streets of your city for Himself? Perhaps it is time to revive the March for Jesus movement, which united Christians from all backgrounds in Australia, Europe, and North America for a forty-year stretch and which still remains a strong worship-and-prayer force in South America.

3) Overlooks and high places. Elevated sites from which prayers can be offered on behalf of the city or region in view are not only ideal positions for strong prayers and proclamations but are often also like spiritual "high places" where ungodly acts have occurred. The overlook itself can be reclaimed for the Kingdom of God even as the vista around it can. A high place is the best place to offer up intense and joyful praise and worship as the site is repossessed for God.

4) Sites of tragic events. As soon as you hear of a crime or a disaster, you can gather intercessors to go as close to the epicenter as possible to counter the tragedy with blessings. Intercessors have done this in a concerted way on public sites where murders took place, and the murder rate in their city has plummeted dramatically. Such sites may be good places for identificational repentance and pleas for mercy. Spilled blood ever speaks before the Lord for vengeance (see Hebrews 12:24), but we can plead the Blood of Jesus and declare, "Mercy triumphs over judgment" (James 2:13).

5) Places with evil names. The world over, places have been named for disasters, criminals, and even satan himself. If you discern that the time is right, ask the Lord if He wants you to lay claim to godly alternatives and to weaken the bonds that link the old name to darkness.

I, among many others, prayed that the city of Leningrad would be loosed from the grip of communism and that it would return to its original (prophetic) name of Saint Petersburg. Over time, as communism became past-tense "communism," a door to change and freedom opened over the Biblical "land of the north." Today, Saint Petersburg carries its original name.

6) Sites of past sin. Nashville's history had been tainted by the past sin of legalized prostitution and how local intercessors learned how to pray about it. Sins that have been committed at certain sites or neighborhoods might have given entrance to demonic powers, and one of the best ways to counter the evil is to visit the site, to cleanse it by pleading the Blood of Jesus, and to replace curses with blessings. Some of the intercessors of the greater Nashville region gathered at the Cumberland River to call forth a cleansing of the waters that flow from the city into the world. We declared that Music City, U.S.A. would become Worship City to the world.

7) Sites of ongoing sin. What can you do about your city's "underbelly" of sin? With God guiding you, you can pray on-site with insight. You can go to the red light district or visit the parks where illegal drugs are sold. You can target gambling operations or, in particular, you can pray prayers of confession and repentance. As with sites of past sin, make it a point to confess and repent on behalf of the residents and visitors. Pray for God's light to shine there. Some intercessors share the Lord's Supper or communion as a way of blessing such a site. Oftentimes these consecrated Believers will receive communion or the Lord's Supper at these locations, declaring the benefits of the shed Blood of Jesus.

8) Evil strongholds. An evil stronghold may be an identifiable geographical region, but more importantly, it will be characterized by people who have been deceived and blinded by demonic powers. When you feel led to target a place from which evil seems to be flowing, bring with you not only your godly authority but also a heart for the people who are being held as prisoners there. Pray that the Spirit would "...open their eyes so that they may turn from darkness to light and from the dominion of satan to God, that they may receive forgiveness of sins and an inheritance among those who have been sanctified by faith..." (Acts 26:18 NASB). 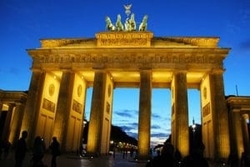 9) City "gates." Very few cities have actual walls and gates anymore, but the effective gates or entrance points of any city can be identified with a combination of prayerful research and direct revelation from God.

In ancient times, the city elders governed from seats at the actual entrances to the city, and this was modified over time to other seats of leadership such as city halls, courtrooms, and influential businesses. Praying to reestablish city gates will include prayers that not only confess the sins of corruption and generational influences but declare the prophetic promises for their future, as well.

Much more could be said about each of these potential types of places for praying on-site, as well as possible prayer strategies. When you feel God wants you to tackle the darkness in a particular place, be sure to do your homework first. Your prayers and actions will have an impact only if they are inspired by the Holy Spirit and you can succeed only if you proceed with careful preparation, most often in the company of others. Remember, you are fighting what may be a slow fuse for a God-explosion sometime in the future.

Never forget praise and worship, before, during, and after an on-site prayer engagement. Pour out lavish praise. It clears the way, cleanses the atmosphere, and releases God's angels to cast out the forces of darkness. Intentional, heartfelt worship positions you under the mighty hand of God—humble, yet confident. Receiving His grace, you can exercise your right to petition Him, asking Him to intervene powerfully in the situation at hand. You can reach into the very heart of God and discover His purposes over a region. Regardless of the darkness of its history, you can declare a bright future as He shows you how to proclaim His purposes.

Combine these insights about how to pray with the new insights of the moment and your prayers will be well-aimed and effectual. "....The effectual fervent prayer of a righteous man [woman, team] availeth much" (James 5:16 KJV, emphasis mine). Yes, you will join the growing throng of effective intercessors who have learned to strike the mark!

Praise God for this wonderful reading on Prayer, I was thinking about The the Nursing Homes and the many spirits and sicknesses I come in contact with. Intercessory Prayers are needed as I do my rounds and weekly walkthroughs. I found myself while praying for people recently at the Nursing Facility in each room,  I found myself including myself in the Prayers that God would cover me in His Blood from catching any sicknesses that the people might have told me they had or was experiencing. Recently I was Praying for Kenya and that the Kenya Government would allow Missionaries from Abroad into the Country and that they would be treated Equally and that the Poor people of Kenya would also be treated fairly. Again I thank God for this wonderful Reading and Lesson and also another view of what Intercessory Prayer entails. NE'EMAN.

Bless you Apostle Parker. Yes, intercessory prayer is mandatory when it comes to being a LeaderShifter in the Body of Christ. It is the Kingdom Source of God, that will Shift anything in the Galaxy. Remember, to fast, pray, and WorShift when you go into the nursing homes. Make sure you anoint your head with oil, and command the Blood of Jesus over you. If you want more information about prayer let me know.