Lazarus a Man of Supernatural Faith even in death 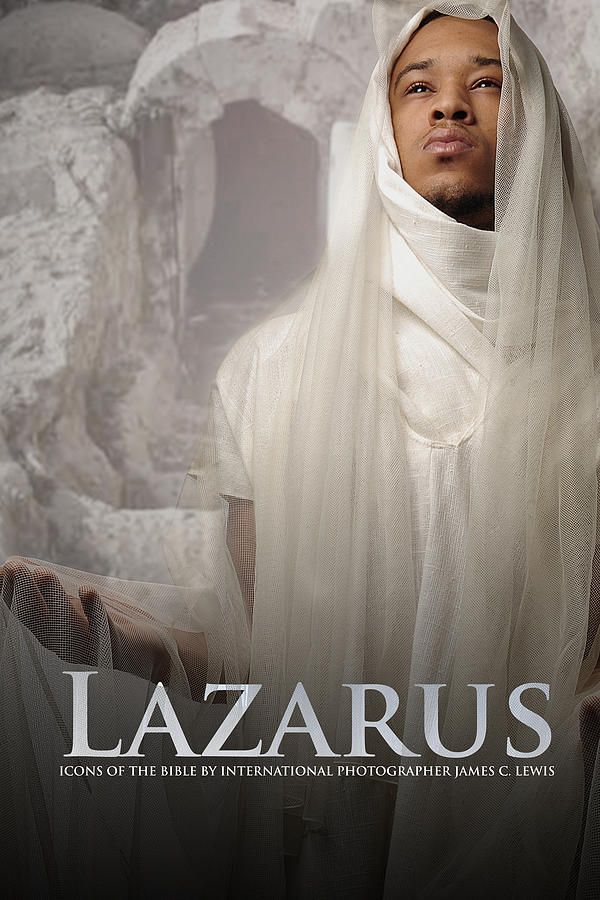 His work: Lazarus was the brother of Martha and Mary, the family who hosted Jesus in their home when he traveled through Bethany.
His character: Little is known about Lazarus other than that he was one of Jesus' close friends.
His sorrow: Lazarus had a terminal illness and eventually succumbed to it.
His triumph: Very few have had the experience of hearing Jesus' voice from the tomb. Lazarus was such a person.
Key Scriptures: John 11

The story of Lazarus's resurrection is filled with ironies.

We know where Lazarus lived—Bethany—and the names of his two sisters—Mary and Martha—but we have no record of a single word he spoke or even a mention of what he was like. We don't know his occupation, who his parents were, or, if he was married, the names of his wife and children.

If it hadn't been for his special friendship with the Savior, Lazarus's death wouldn't even have merited a footnote in the gospel account. Yet his story is one of the most well-known in all of Scripture.

When word reached Jesus that Lazarus was deathly ill, Jesus seemed unaffected—almost cavalier—about it. Of course, people bringing bad news to Jesus would have been a nonstop event during his waking hours, but Lazarus was his friend—his good friend. Jesus suggested that he and his disciples should visit Bethany—in two days!

Like a wife kindly taking her husband aside to challenge his bad manners, we can imagine the disciples suggesting that Jesus might want to reconsider his decision. "How will this look to the family?" they may have counseled.

"I'm doing this for you," was Jesus' perplexing response.

At the same time, the disciples were not eager to travel west to Bethany. No doubt, they would have to go through Jerusalem where, just a few days before, a handful of Jewish leaders had threatened to stone Jesus. He had said, "My Father and I are one," and these people weren't willing to accommodate a man who claimed to be equal with God.

Two days later the disciples were willing to take their chances. Helping a desperate friend like Lazarus was more urgent than any danger they may have encountered. As they reached the outskirts of Bethany, first Martha and then Mary ran to meet Jesus, reporting the news he already knew. Once again Jesus did not seem eager to help—at least not within Martha and Mary's time frame.

Jesus asked where Lazarus's body was entombed and made his way to the site along with a cadre of curious—and a few cynical—onlookers. At no point in this story, however, did he seem to be in a hurry.

Soon he arrived at the cemetery. Can you envision Jesus standing in front of his friend's burial cave? It had been four days since Lazarus had died. His two sisters, now standing at Jesus' side, were in a quandary. They were hoping for a miracle, but they were just as concerned about how much their decaying brother's body would smell. The people who had come, standing behind Jesus and Lazarus's sisters, completed the picture.

Everyone stopped talking as Jesus lifted his head to the heavens to pray. "Father," he began, "I thank you that you have heard me. I knew that you would. But for the benefit of these people standing here, I especially thank you for listening this time."

People shifted nervously in their places, but no one spoke. Those in the back of the crowd craned their necks to see what might happen next.

"Lazarus, come out!" Jesus said in a voice much louder than anyone had ever heard him use. The living God had just spoken. If he hadn't identified his friend by name, every crypt in the entire cemetery would have emptied.

And then Lazarus appeared. In his own time and with only the sound of his voice, the Messiah had brought a corpse to its feet.

The final irony was that the Savior raised Lazarus from the dead with his voice but didn't speak the removal of Lazarus's grave clothes. He certainly could have finished the job, but he didn't. Instead, a man wrapped tightly from head to foot stood there in front of his own burial cave—and in front of everyone. "Take off the grave clothes and let him go," Jesus ordered the gawking crowd.

The last act of this incredible miracle—the unbinding and releasing of the man—was left to his family and friends.

Reflect On: John 11:38–42
Praise God: For his resurrection power.
Offer Thanks: For God’s love for you, for calling you by name and redeeming you from darkness into the light of his glory.
Confess: Your complacency, your willingness to make the best of your “tombs” rather than daily abandoning them and walking into the light.
Ask God: To fill you with the same sense of wonder and gratitude that Lazarus felt as he stood in the mouth of his burial crypt. And ask him to show you others who need your hands to unwrap their “grave clothes.”

How many of us have dead circumstances that need to be brought back to life? How many have a graveyard in their life? Something we have allowed to die because of disobedience, somethings have died because Jesus trying to manifest Himself in your life to be an example to others. Remember the crowd following Him? They did not have any good intentions, they were being nosy and that is what is wrong in some of our lives. Nosy  people have followed you, they have placed the spirit of doubt in your heart. They have you believing that your not worthy of the resurrection. That what is dead was meant to die, don't bother Jesus with your loss, stop praying for a change, stop fasting, stop reading the Word of God and some have even told you to stop going to church. But the shining light of love that flows from the heavens down to us shows us that God is all about us.

God can not work with us if we are still in our grave clothes. If we refuse to shake the dust off, tear up the obituary, change from a funeral to a song of life, to move out of the grave into the life. We have to be like the Donkey that was trapped in the well. They gave up on him and they began to pile dirt on top of him and every time the dirt was placed in the well he used  to put under his feet, the more they piled it on the more he used it to make a platform of escape. Soon the donkey had enough dirt to escape the death trap set for him. We can use this as an example in our life. The more dirt that comes the more we can pat it under our foot and build a platform to escape.