His name means: "God Is My Judge"

His work: He was a Jew who became a governor in Babylon.
His character: Daniel was an exile who exhibited great discipline and faithfulness to his God in adverse circumstances.
His sorrow: Daniel experienced the tearing of his people from their homeland to be exiled in Babylon. He was never able to return to the land he loved.
His triumph: God used his faith and his godly diligence to win the loyalty of kings and kingdoms.
Key Scriptures: Daniel 1-6

When he was a young man, the Babylonians laid siege to his homeland, tearing down the walls and buildings of Jerusalem. Even the sacred temple was ransacked and destroyed. Along with the other Israelites who had survived the carnage, Daniel was taken as a prisoner of war back to Babylon.

Knowing that the future of his nation rested on the shoulders of the brightest young men in the land—including Hebrew men—Nebuchadnezzar the king called for the finest in the land: "young men without any physical defect, handsome, showing aptitude for every kind of learning, well informed, quick to understand, and qualified to serve in the king's palace." Among these carefully chosen Jews was a young man named Daniel, along with three of his friends.

The young men lived in the palace. It was Daniel's first experience of sleeping with the enemy, but it would not be his last.

To more fully indoctrinate the men, Nebuchadnezzar gave them Babylonian names. Then Daniel and his friends were placed under the instruction of the teachers of Babylon, and the four young men gained "knowledge and understanding of all kinds of literature and learning." So remarkable were these men that when they were presented to King Nebuchadnezzar for his review, he found them "ten times better than all the magicians and enchanters in his whole kingdom."

But it was to Daniel alone that God gave the special gift of interpreting visions and dreams of all kinds. And it was this ability that granted Daniel a place of honor in the kingdom. After a while, Nebuchadnezzar had a dream that haunted him. He sought an interpretation from all the wise men in the land—magicians, enchanters, sorcerers, and astrologers. Infuriated by their inability to help him, Nebuchadnezzar ordered the execution of all the wise men in Babylon.

Upon hearing of this decree, Daniel begged for an audience with the king, pleading for his life and the lives of the wise men. Then Daniel interpreted Nebuchadnezzar's troubling dream. In thanks the king promoted Daniel as the ruler of an entire Babylonian province and "lavished many gifts on him."

But in spite of the power and wealth bestowed on Daniel, his love and loyalty to the God of Abraham, Isaac, and Jacob were unaltered. His daily regimen included three visits to an upstairs window facing his precious homeland, where he knelt and prayed. Daniel's faithfulness to God—and his divine gift of interpreting dreams—placed him in great prominence in the kingdoms of Nebuchadnezzar, Belshazzar his son, and Darius.

Under Darius, Daniel rose to power over one-third of the kingdom. It was, in fact, in the king's plan to place Daniel over all of Babylon. But the other rulers seethed with envy over the king's favor of this Hebrew. And so they plotted to destroy him under the sanction of the kingdom.

These men went to the king with a flattering plan. "Issue an edict and enforce a decree," they proposed to Darius. "Anyone who prays to any god or man during the next thirty days, except the king, shall be thrown into the lions' den." Seeing an opportunity for glory and believing that there would be no harm in such a plan, the king put the decree in writing and secured it with his seal. Unfortunately for Daniel, the king himself could not reverse his decision.

Without regard to the consequences, Daniel prayed at his window. Facing prosperity or the threat of execution, he would not let his heart be drawn away from the God whom he loved and served. And his reward for this act of obedience was yet another restful night—in a cave of death for anyone but a man of God.

Reflect On: Daniel 6:19–28
Praise God: For his power and ability to change hearts.
Offer Thanks: For the faithful prayers of “the great cloud of witnesses” that have gone before us.
Confess: Our lack of spiritual discipline—our pretense of spiritual devotion rather than our daily practice of it.
Ask God: To fill you with a burning desire to know him. 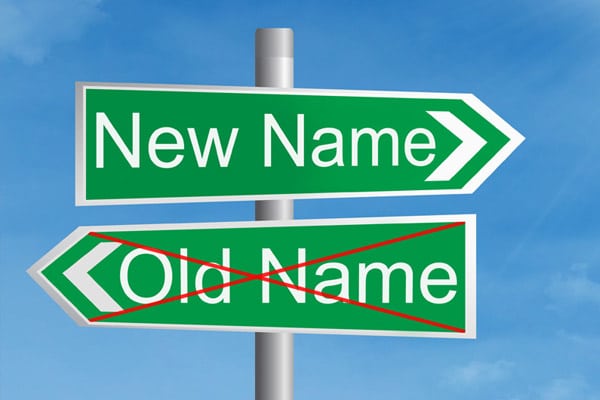 As Hanania (Shadrach), Mishael (Meshach) and Azaria (Abednego) did not change who they were inside. Regardless of what people rename you the spirit of the Lord does not change and when people call you what you are not then we have to prove to them who God says we are. These 3 Hebrew Men did not give into the manipulating spirit of King. They were ready to accept the consequences because they trusted in the Lord. Who you are is what God made you and nobody can change that!!!